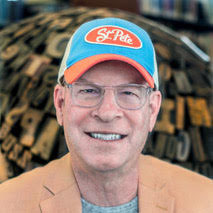 Coach and writer, The Poynter Institute

Roy Peter Clark taught writing at the Poynter Institute since 1979. In more than three decades he served the institute as dean, vice president, senior scholar, and member of the Board of Trustees. Clark has written or edited 19 books on writing and journalism, the most popular and influential being Writing Tools: 50 Essential Strategies for Every Writer. Podcasts of the book have been downloaded more than two million times. Sales have exceeded a quarter of a million.

The New York Times Book Review praised Clark’s book The Glamour of Grammar as “a manual for the 21st century.” His most recent work includes the book Help! For Writers, for which there is a mobile application, How to Write Short: Word Craft for Fast Times, and The Art of X-ray Reading.  His work Murder Your Darlings, a book about writing books, was published in 2020.

Born in New York City in 1948, Clark attended Catholic schools through his graduation from Providence College in 1970. He earned a Ph.D. in English from Stony Brook University. He began his teaching career in Montgomery, Ala., where he became interested in journalism. He was hired in 1977 by the St. Petersburg Times as one of America’s first writing coaches.

He is the founding director of the National Writers Workshops. His work has been featured by NPR, “Today,” and “The Oprah Winfrey Show.” He was selected as a distinguished service member of the American Society of News Editors, and was inducted into the Features Hall of Fame. He has received an honorary degree from Goucher College and served as a writer-in-residence at Vassar College.

In 2017 alma mater, Providence College, gave him an honorary degree and chose him as the commencement speaker for their Centennial Celebration.

Clark has played in rock bands since high school and often uses music to illustrate strategies of reading and writing.